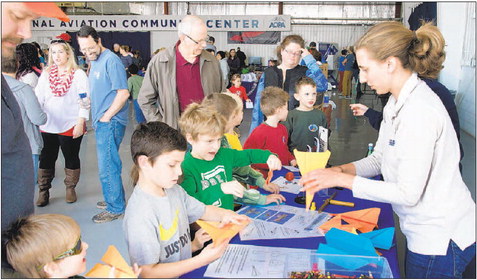 Chelsea Dorman, right, of the College Park Aviation Museum, helps youngsters make paper airplanes Saturday afternoon at the second Paws and Planes: Holiday at the Airport event at the AOPA National Aviation Community Center. The event featured Turbo the Flying Dog and Santa Claus, who flew his own airplane to the event to foster animal adoptions and aviation education. 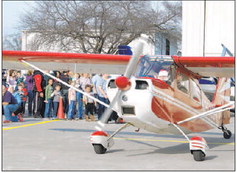 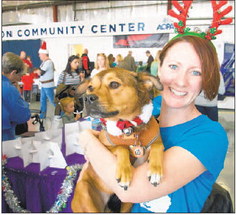 Berry waves to the crowd as he flies by.